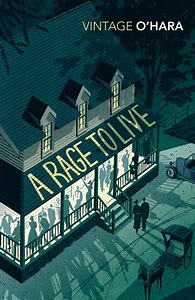 New Year’s Eve was spent performing with singer Noemi Nuti at the excellent and new Kahani, a restaurant in Chelsea. Noemi has had a long association with Chico Chica but this was the first time I’d worked with her as a duo. I was a bit anxious at first because it was a long gig and I wondered if we had enough material. But it turned out much better than expected. The night was sold out and Noemi was the consummate pro, a delight to work with and she made a big impact on the audience. There may be more gigs at Kahani this year. Watch this space. Noemi and I also spoke of our plans for 2019 in particular our recording projects – yes we both have album on the go and these should bear fruition in the next few months. Exciting times.

Before setting off to the gig I posted a list of the books I read in 2018. I do this every year but I have to say, I’m in two minds about whether I should. There’s something a bit narcissistic about it but we live in narcissistic times and I am genuinely interested in what others read, watch and listen to so perhaps it will start a trend.

The last book on the list was A Rage to Live by John O’Hara. O’Hara was a friend of Ernest Hemingway’s. (I seem to mention EH in all my blog posts). Hemingway championed O’Hara’s novels and the edition I read came courtesy of the trusted curators at Penguin Classics.

The story takes place from around 1910 to 1923. The Great War played a background role and I was surprised to learn that the numerous Irish and German denizens of Pennsylvania at the time wanted the US to join the German side.

We can’t help but notice how there is a strong negativity bias in the media and conversations with our friends. People complain about this and that without realising how lucky we are. The biggest positive change we enjoy over those living a hundred years ago is that we don’t worry about micro-organisms. We are free from the ever-present threat of polio and tuberculosis which so terrified our forebears. Last year I read Amanda Vail’s Everybody Was so Young, an account of Gerald and Sara Murphy, a golden couple of 1920s French Riviera, who’d have the likes Hemingway (there I go again), Scot Fitzgerald, Picasso, Diaghalev and Stravinsky at their parties. It’s a brilliant depiction of the milieu, the place and the times. Gerald Murphy became the model for Dick Diver in Scot Fitzgerald’s Tender Is The Night. But the Murphy’s were as fearful of a cough as anyone else in the pre-antibiotic days and rightly so. They lost two sons and their lives were never the same again. Similarly, in A Rage to Live, polio and tuberculosis stalked the lives of the characters and became actors in the story.

Somerset Maugham was once described as Britain’s greatest second rate writer. That’s an amusing remark but not true. Maugham did write some forgettable adventure novels such as The Explorer. This story did however have was one notable aspect. The hero studied mathematics at university not because it was his best subject but because it was his worst. Now that’s a brilliant attitude to education which should inspire us today.

Maugham wrote four novels which put him in the very first rank of novelists: The Razor’s Edge, The Painted Veil, The Moon and Sixpence and Of Human Bondage. All are rammed with memorable scenes and characters as well as insights. Of Human Bondage is worthy of particular praise. It is a bidungsroman – a chronicle of youth, and is a model of the genre. Earlier this year I read another: Sinister Street by Compton MacKenzie. Both books were over 750 pages long and occurred in the same city (London) and the same period (both heroes came of age at around 1900). These books captured the atmosphere and mood of the times perfectly and there was one salient fact which the novels revealed – in those days people took life more seriously and thought more deeply. It’s something I’m trying to do.

But I’m here to write about A Rage to Live by John O’Hara. As I read my way through the canon I come across no end of delights, curiosities, mysteries and I have to say, disappointments. O’Hara is not a first rate author though he is deemed to be because he has been awarded Penguin Classic status. A Rage to Live could also be categorised as a bildungsroman but there are a few crucial differences to those I mentioned earlier. The protagonist is Grace Caldwell, a society beauty so there was unlikely to be any autobiographical element to the story. The milieu was the smart set in a dull Pennsylvania town called Fort Penn. The reader was shown its rather shallow characters, the corrupt politicians as well as the commercial life of a town about to expand in the burgeoning mayhem of the 1920s economy.

It is of similar length to Of Human Bondage and Sinister Street but felt much longer. In fact it was way too long. At first I thought it must be a slow burner. But it never came alight partly because there was no spiritual growth in the heroine. Grace Cauldwell has two affairs. The first ruined her own marriage, the second ruined someone else’s. Unlike Madame Bovary or Anna Karenina, I never got a definite image of her face in my mind’s eye or a clear delineation of her motives and thoughts..

Penguin Classics famously published Morrissey’s autobiography. This made one suspect the publisher’s marketing department decide on what to include. This is most eloquently explained in AA Gill’s brilliant review which must rank as one of the funniest put downs of our times.

In 2019, I will continue to write my weekly blog posts and will try to avoid being dull and foolish – a difficult task indeed. Bear with me and happy new year.